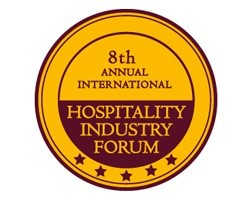 Forum of hoteliers "Hospitality Forum 2014" took place on June 25 in Moscow. Traditionally the most important questions of life of the tourism industry was raised there. Cronwell Hotels&Resorts, a well-known player in hotel business, also participated in the forum

Alexey Musakin, CEO of Cronwell Management, within the first session "Analytics, Forecasts and Priorities of Development of Hotel Business" shared experience of cooperation between hotels of the international Cronwell Hotels&Resorts network and authorities. Subject presented by Mr Musakin was "Influence of the authorities on building up of sales policy and pricing". Hotel objects of Cronwell Hotels&Resorts successfully work more than 18 years at the Russian market: hotels are located in Khanty-Mansiysk the autonomous area - Ugra, St. Petersburg, Kaluga region. Several years ago, the company entered the international market, having presented the first hotel in Greece. Today already two hotels work at the coast of the Aegean Sea, and the third is planned to be open 2015. Alexey Musakin admits that without competent cooperation with authorities of both countries this all could not happen.

For example, both Greek hotels, Rahoni Cronwell Park Hotel and Cronwell Platamon Resort, are participants of the program of tourism development in Greece worked out by the state. In this warm and beautiful country, authorities long ago understood that tourism could play an engine role for national economy. In the conditions of the most severe crisis that Greece endures, this branch was relied on. In regions, the scheme of new hotels placement according to category was developed, the state provided to 35% of grants for hotels construction. These two important steps allowed businessmen to shift to new level.

However, examples of successful realization of state programs in the field of tourism exist not only abroad, but also in Russia. Thus in Khanty-Mansiysk the autonomous area - Ugra more than a year several tourism-supporting directions work: grants in the sphere of ethnographic tourism development, grants in the sphere of internal and entrance tourism development, public-private partnership.

Comparing foreign and domestic approaches it becomes obvious that methods and purposes of different are very similar, but differences, certainly, can be. "Russian approach to tourism development, in my opinion, is more creative than in the European Union. New projects which began to appear recently sometimes strike my imagination", - the expert says.

Alexey Musakin’s colleagues - the Chairman of Committee of tourism and hotel economy Sergey Shpilko and the head of practice of rendering consulting services to enterprises of hotel business and entertainment business in Russia and the CIS Anjelica Norman - during their performances came to a consensus that supporting of tourism helps the region, and is an investment that pays off.

© Cronwell Hotels&Resorts, 2009–2022
Official website
mobile version Design and development – Travelline
We use cookies to improve the way you interact with our website. By continuing to view this page, you are agreeing to use cookies. Learn more about our "Cookies Policy".
We use marketing cookies if you have given permission for this. If you do not give permission, advertisements will still be shown, but these are random advertisements. You can make your choice below.