What new can Khanty-Mansiysk Autonomous Area offer for tourists? 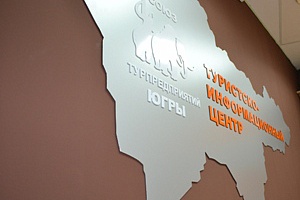 Last week in Khanty-Mansiysk, an important event for the tourism industry in the region - XIII specialized exhibition-fair "YugraTur 2014" took place. Under the auspices of the Non-Commercial Partnership “Ugra tourist enterprises Union”, three companies merged: the sanatorium "Ugorskaya Dolina", Tourist Informational Center and Siberia-Park "Dobrino." Company representatives told the visitors about novelties in the world of tourism, country recreation and SPA.

Siberia-Park "Dobrino" already presented its well-known seasonal "Weekend Tours." This type of recreation is popular among the citizens of Khanty-Mansiysk, because it includes not only accommodation and food in a country hotel Cronwell Park Dobrino, but also numerous winter activities for children and adults.

In addition, a representative of Siberia-Park "Dobrino" told about a new form of country recreation - ethnographic excursions and tours. In November 2014 Based on the hotel Cronwell Park Dobrino, a unique ethnographic object was opened - real camp of taiga Khanty reindeer herders. Now anyone can visit the excursion to Siberia Park "Dobrino" and get acquainted with the way of life of Khanty people, regional cuisine, take part in the ceremonies and listen to the stories about traditions of this mysterious people.

Representatives of the Tourist Information Center made visitors acquainted with exhibitions and tours, that can be made in the Khanty-Mansi Autonomous Area - Ugra. On the stand was provided an opportunity to get detailed information about the accommodation and food facilities in the region, sights that are worth seeing. Any background information, including the exact address and phone numbers, announcements about upcoming cultural, sport and social events, help on transport or on medical care - the center staff are always ready to help tourists. On December 1, 2014 Tourist Information Centre will open its doors for permanent consultation of residents and tourists of the Khanty-Mansiysk Autonomous Area - Ugra.

Representatives of the "Ugorskaya Dolina" spoke about health-improving services, which they offer to guests of the Hotel Cronwell Resort Ugorskaya Dolina Wellness Center. Sanatorium procedures are aimed at restoring nervous, locomotor system and complex rehabilitation of the whole organism. Sanatorium voucher includes accommodation in comfortable rooms, healthy food, medical consultations, wellness facilities, swimming pool, sauna and fitness rooms. For additional fee, anyone can diversify his vacation by visiting to the SPA, the bath patio, playing tennis, ice skating in winter or excursion in the ethnographic open-air museum "Torum Maa". Sanatorium “Ugorskaya Dolina" opened its doors in October 2014 and helps anyone who wants to improve his health here.

Summarizing the results of the exhibition, we would like to especially note that the stand of Non-Commercial Partnership " Ugra tourist enterprises Union" this year joined on its platform three completely different tourism businesses with a common objective, namely, to make tourism in Ugra more interesting, varied and exciting. This is a vivid example of how many tourist services the region currently possesses.

At the end of the exhibition for the realization of Tourist Informational Center project, Non-Commercial Partnership " Ugra tourist enterprises Union" was awarded a grant from the Governor of the Khanty-Mansiysk Autonomous Area - Ugra in the "Promotion of ethnographic tourism." This fact confirms the impressive contribution of the tourism industry in the development of the district.